Posted by Ski Paradise at 2:39 PM No comments: 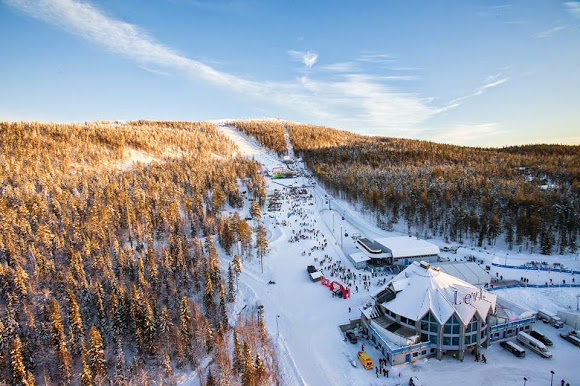 The FIS Alpine World Cup preparation meeting in advance of the Technical Committees at the end of the month took place on Wednesday as a hybrid meeting both at the FIS Headquarters in Oberhofen and with virtual participation. The meeting was chaired by Chairman of the Alpine Committee Bernhard Russi, in addition to the FIS led by the Competition Management, Peter Gerdol, and Markus Waldner, the ski industry SRS with Rudi Huber, and the World Cup Organisers through Srecko Medven, President of Club 5.
As the main point on the agenda, the Audi FIS Alpine World Cup men’s and women’s calendars 2020/21 were reviewed in-depth, after months of discussions between FIS, the National Ski Associations, and Local Organising Committees as well as the rights holders.
Changes to the calendar include separating a number of events to have only Women's’ or Men's’ races as well as dividing speed and technical events to limit the number of participants in total.
One of the first events adapted in the calendar is Levi (FIN). This season the Women’s tour will head to the Finnish venue for two Slalom races on 21st and 22nd November with the Men’s Slalom rescheduled later in the season.
Additionally, Alta Badia’s (ITA) Parallel race for the men has been replaced by a Slalom.
Adelboden (SUI) will host three races with an additional giant slalom on Friday 8th January. The women will be racing in St Moritz (SUI) with two Super-G races on 5th - 6th December, one week earlier than previously scheduled followed by Courchevel (FRA) hosting a two-race technical weekend.
The calendar includes one Parallel event per gender in Lech-Zürs (AUT) at the new FIS World Cup parallel opening. FIS, Swiss-Ski and the Davos Organising Committee have decided to postpone the debut of the parallel on 1st January 2021 to the following year. Since the competition will take place near the center of Davos during the peak tourist season, it would have been challenging to conform to theCovid-19 specifications.
Overall, the Men’s calendar will feature 39 races, while the women will compete in 35 races. The Audi FIS Alpine World Cup Men’s and Women’s calendars for 2020/21 will be approved by the FIS Council on 3rd October, following the FIS Technical Meetings taking place from 30th September to 2nd October.
Posted by Ski Paradise at 12:26 PM No comments:

Posted by Ski Paradise at 2:37 PM No comments:

Posted by Ski Paradise at 2:35 PM No comments: