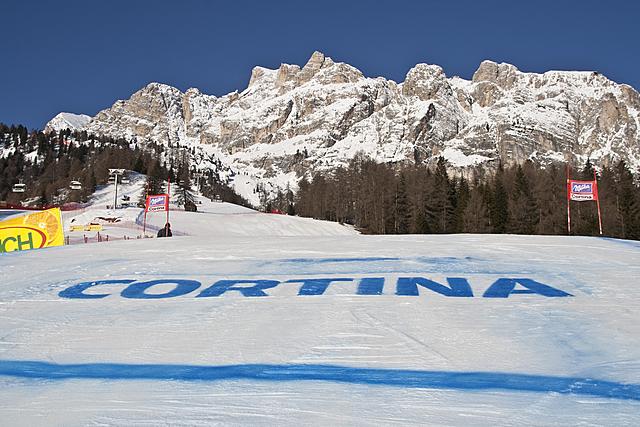 Due to the outbreak and situation with the Novel Coronavirus in Northern Italy where there is a concentration of cases in the Veneto province that have led to travel restrictions imposed by an increasing number of nations, on the recommendation of the FIS Council, the Italian Winter Sports Federation and its Cortina 2020 Organising Committee are regrettably forced to withdraw from the organization of the FIS Alpine Ski World Cup Finals scheduled for 16th-22nd March 2020.
The health and welfare of the athletes and all other participants, as well as the general public, are in the forefront and the priority of FIS and all stakeholders. The recommendation of the FIS Council was made during an emergency conference call where the latest information and recommendations from the Italian, International and National Health Authorities of participating nations were presented. The main issue that steered the recommendation of the Council affecting the organization of the Finals in Cortina was the travel restrictions imposed by an increasing number of National Authorities, which would have likely limited the participation of several athletes.
"This was an extremely difficult decision for us to make, but ultimately welfare and health of the athletes, teams, and everyone associated with the World Cup as well as the general public must be our top priority", said FIS President Gian Franco Kasper. "This is certainly not the way we wanted the season to end without World Cup Finals, but we must respect this very serious situation. We look forward to recognizing the winning athletes at a later date when we can properly celebrate their accomplishments".
The Audi FIS Alpine Ski World Cup Finals 2020 in Cortina was also scheduled as the main test event for next season’s FIS Alpine World Ski Championships.
Kasper added, "It is also disappointing that the Finals in Cortina cannot take place to showcase the outstanding upgraded venue and both the women’s and men’s courses in action. Despite this setback, the preparations of the Italian Winter Sports Federation and the Local Organising Committee together with our broadcast and marketing partner Infront, are fully on-track for what we are convinced will be exceptional FIS World Championships next year".
Due to the lack of short-notice alternative locations to stage such a large event and which do not have travel restrictions to enable all athletes to be able to participate or travel onwards after the event, the Finals will not be replaced and the discipline and overall globes will be confirmed after the last scheduled races on 15th March for the women in Are (SWE) and Kranjska Gora (SLO) for the men.
Posted by Ski Paradise at 8:32 PM