COVID-19 and Ski Resorts I 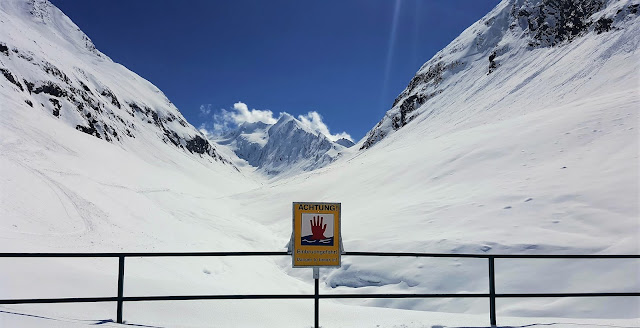 The outbreak of COVID-19 (short for “coronavirus disease 2019”) presents the tourism sector with a major and evolving challenge. The tourism sector and the Ski Industry are currently one of the hardest hit by the COVID-19.
Something that "started as a wave of reassurances by ski areas that necessary precautions were being taken to prevent the spread of COVID-19 among guests, then quickly swelled into a tsunami of resort closures", (SAM Magazine).
After the concentration of cases in the Veneto province and the travel restrictions imposed by an increasing number of nations, on March 6th, following the recommendations of the FIS Council, the Italian Winter Sports Federation and the Cortina 2020 Organising Committee were forced to cancel the FIS Alpine Ski World Cup Finals scheduled for 16th-22nd March 2020. On March 8th the Regional Council agreed with the Aosta Valley ski lifts to close the ski areas.
Due to an ordinance issued by the National Civil Protection authority on March 9th, all ski areas in Italy have closed on March 10th.
On March, 11th the Audi FIS Women's World Cup races in Are (SWE) have been canceled after new recommendations from the Public Health Agency of Sweden. A day after the Men's World Cup races in Kranjska Gora (SLO) were canceled.
On March 12th, the regional governments of Tirol, Salzburg, Vorarlberg, Oberösterreich, and Niederösterreich decreed new preventative measures aimed at combating and limiting the spread of the Coronavirus. One day later the ski resorts of Kärnten also announced the end of the season. With the Carinthian state government decree on March 14th, all cable cars and other ski lifts in Austria officially closed at the end of Sunday, 15 March.
In the following hours and days, the rest of the countries joined the closing decision. On March 13th, Ski Andorra on behalf of the Andorran ski resorts communicated that the ski resorts will close on Saturday, March 14th.
On March 13th also, the 36 stations attached to the Tourist Association of Ski and Mountain Stations (ATUDEM) in Spain made the decision to close their facilities and end the 2019-2020 ski season.
On March 13th, as a result of the Federal Council's media conference on Friday, Switzerland announced the closure of all ski areas.
In accordance with the directives announced on Saturday, March 14 by Prime Minister Edouard Philippe, the French Ski Resorts were the last ones in Europe to announced the closing of its ski areas.
On March 15th, the majority of the Ski Resorts, in Europe and North America, have been closed.
The last ones to ceased mountain operations were a few ones in Canada. For them, today, Wednesday, March 18th will be the last day of the season.
I think practically all Ski Resorts in the Northern Hemisphere have had to end the winter season much earlier than expected due to COVID-19. The situation, being dramatic, is not the main concern, the worst is the uncertainty generated and how it will affect the future of our ski resorts.