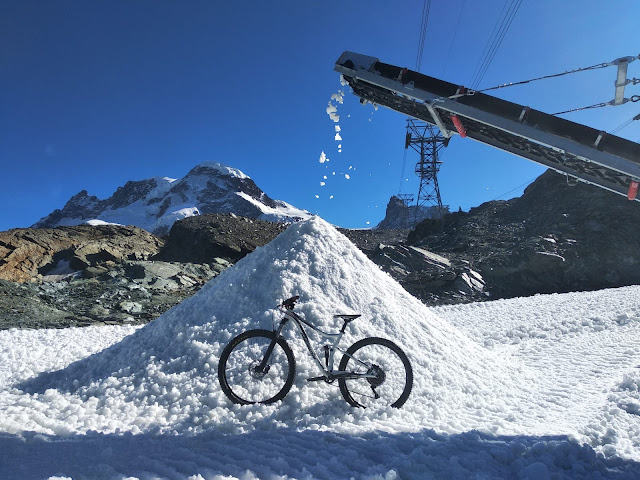 With the arrival of autumn as every year, Zermatt puts the IDE Snowmaker into operation.

On September 30th, my friend and former student Alex González Asensio visited the snowmaker and sent me the photos that illustrate this text.
In 2008 Zermatt Bergbahnen was the first ski resort to order a new kind of artificial snow system: the IDE’s All Weather Snowmaker. Shortly after, Pitztaler Gletscherbahnen was the second company to order the snowmaker.

IDE Technologies is a leading global disruptor in water treatment solutions. The snow machine is the further development of a desalination system that originated in Israel around 30 years ago. From this desalination system, engineers from the Israeli company IDE constructed a large cooling plant used in South African gold mines. The waste product from this air cooler – similar to a refrigerator – is snow and ice. From here, it was no great technical step for the innovative engineers to create a snow-making system.
The Snowmaker creates a high-quality snow source in various weather conditions regardless of ambient temperatures. 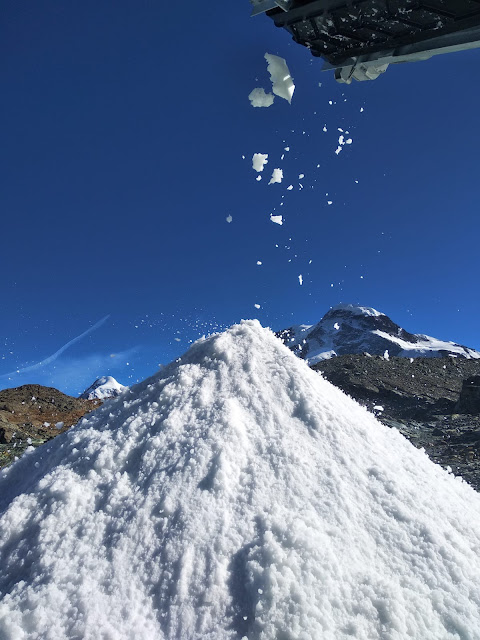 Existing snow-production solutions require below freezing air temperatures and depend on climates such as humidity and below-zero temperatures. However, IDE’s VIM machine can produce more than 1,000 tons per day of high-quality snow at all ambient temperatures with very low operation and maintenance cost and the usage of almost any type of feed water. Inside the VIM freezer, water is exposed to deep vacuum conditions which forces part of the water to evaporate while the remaining water freezes forming a water-ice mixture. The mixture (ice slurry) is then pumped out from the freezer to an ice concentrator that separates the water from the ice crystals. To maintain the deep vacuum in the freezer, the water vapor is continuously evacuated from the freezer, compressed and fed into a condenser by IDE’s unique centrifugal compressor. This advanced technology generates better snow quality with much less energy consumption versus other "crushed ice" technologies.
This crystallized water is thus snow, similar to spring snow, and is used for piste preparation. A transport spiral shoots the snow out to the waiting snowcats. These then distribute the snow in early autumn. 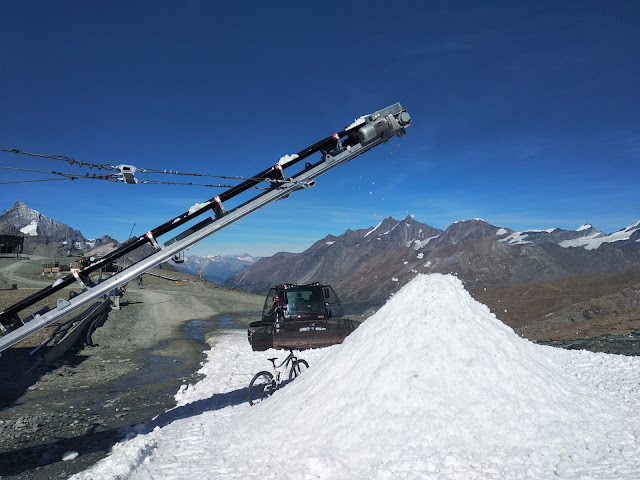 "Thanks to the Snowmaker we can guarantee the route from the Theodul Glacier to Trockenen Steg from as early as the beginning of October", said Kurt Guntli from the Zermatt Bergbahnen AG

The Snowmaker is used for around 14 days in early autumn for about two to three weeks. Then it is in operation around the clock. The machine is also used systematically in winter and spring, depending on weather and snow conditions. 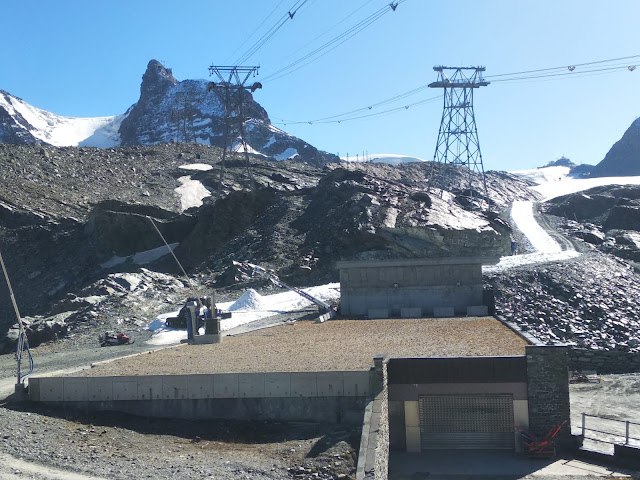