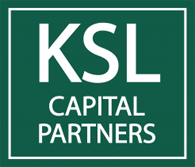 KSL Capital Partners was formed in 2005 by Michael S. Shannon, the firm's Chairman, and Eric C. Resnick, Chief Executive Officer.
Mr. Shannon was a founding principal of KSL Recreation Corporation in 1992, which was a platform company of Kohlberg Kravis Roberts and Co. Over the next decade, with the assistance of Mr. Resnick as its Chief Financial Officer and KKR, KSL Recreation grew to become one of the largest independent owners and operators of resorts, controlling some of the most well known destinations in the world. KSL owns 2 Mountain Resorts in California, on the North Shore of Lake Tahoe in the Sierra Nevada: Alpine Meadows and Squaw Valley.
On September 27, 2016, KSL Capital Partners, LLChave entered into a definitive agreement to sell an aggregate of 2,727,750 common shares of Whistler Blackcomb Holdings Inc. in private transactions for CAD$36.38 per common share (or CAD$99.2 million in aggregate) representing approximately 7.1% of Whistler Blackcomb’s issued and outstanding common shares. Following completion of the transaction, KSL will continue to exercise control or direction over 6,364,750 common shares or 16.7% of Whistler Blackcomb’s issued and outstanding common shares.

On April 10, 2017, Intrawest Resorts Holdings, Inc. announced that it has entered into a definitive agreement to be acquired by a newly-formed entity controlled by affiliates of the Aspen Skiing Company, L.L.C. and KSL Capital Partners, LLC.
Intrawest owns and/or operates six four-season mountain resorts with approximately 8,000 skiable acres and over 1,100 acres of land available for real estate development. Intrawest’s mountain resorts are geographically diversified across most of North America’s major ski regions, including the Eastern United States, the Rocky Mountains, and Canada (Blue Mountain in Ontario, Snowshoe in West Virginia, Steamboat in Colorado, Stratton in Vermont, Tremblant in Quebec,Canada, and Winter Park Resort in Colorado). The Company also operates an adventure travel business, the cornerstone of which is Canadian Mountain Holidays, a leading heli-skiing adventure company in North America. Additionally, the Company operates a comprehensive real estate business through which it manages condominium hotel properties and sells and markets residential real estate.


On April 12, 2017, Mammoth Resorts, the owner of Mammoth Mountain Ski Area, Snow Summit, Bear Mountain and June Mountain, announced that it has entered into a definitive agreement to be acquired by a newly formed entity controlled by affiliates of the Aspen Skiing Company, L.L.C. and KSL Capital Partners, LLC. 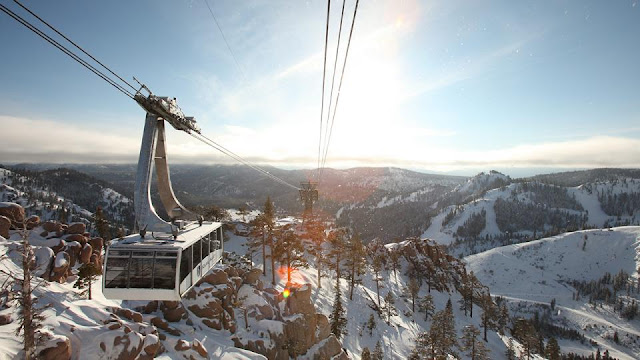 Squaw Valley and Alpine Meadows combined operations at the end of 2011 and offer skiers and riders over 6,000 acres, 44 lifts and over 270 trails on a common lift ticket.
Host of the 1960 Winter Olympics, Squaw Valley is internationally renowned for legendary terrain that spans 3,600 skiable acres, six peaks and 30 chairlifts, and ranges from an expansive mountaintop beginner area to unrivaled expert steeps, trees and bowls. Off the mountain, families relax in The Village at Squaw Valley, enjoying a host of restaurants, bars, boutiques and art galleries.
Squaw Valley was purchased by KSL Capital Partners in November 2010.
In September 2011, Alpine Meadows and Squaw Valley Ski Resort merged. The two resorts will retain their distinct identities and unite under common management led by Squaw Valley’s parent company, KSL Capital Partners, LLC. Alpine Meadows’ parent, JMA Ventures, will own a smaller part. The new umbrella entity over both resorts will be known as Squaw Valley Ski Holdings, LLC

Ranked as a top winter resort by SKI Magazine, Alpine Meadows is known for its abundant and varied skiable terrain, family-friendly atmosphere, and innovative children’s ski and snowboard programs. Alpine’s seven powder bowls, groomed slopes, and authentic hospitality are among the many attributes that have made the resort a favorite of the local community and visitors alike. Alpine Meadows offers skiers and riders access to more than 100 trails across 2,400 skiable acres serviced by 14 lifts.