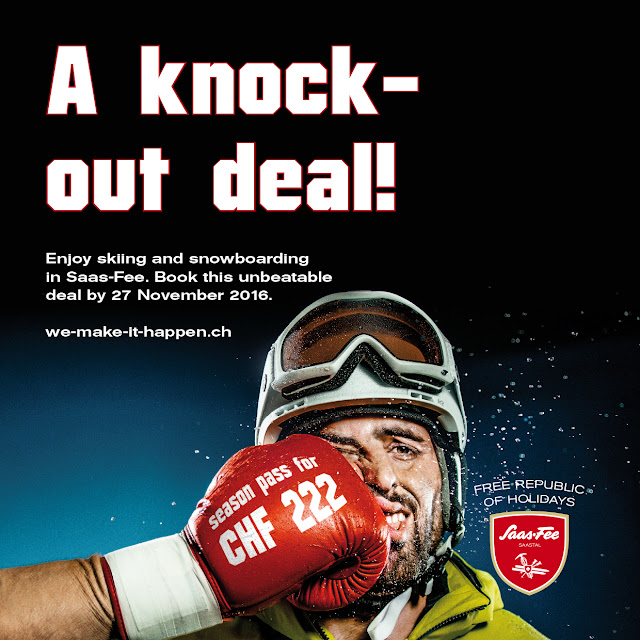 Based on the crowdfunding principle, the popular alpine resort of Saas-Fee will offer the low-cost season passes only if enough people reserve them in advance.
From now until November 27th winter sports fans can book their discount WinterCard Saas-Fee online at we-make-it-happen.ch.
If 99,999 skiers and snowboarders order a season pass before 27 November 2016, Saas-Fee will offer the following mega-deal:
The offer is an 80 percent discount on regular season passes for Saas-Fee/Saas-Almagell – which, if the target isn’t achieved, will cost 1,050 francs – and is cheaper than a four-day ski pass for the area. A regular day pass costs CHF 72.

With a season ski pass you can take to the slopes whenever you wish – from December 3rd right through to April 22nd.
The idea is as simple as it is genius: crowdfunding under the motto "we make it happen". When many members of a community act together, they can achieve things that would never be possible alone.
And with a super cheap ski pass, the fun can now last even longer. Plus, all community members can enjoy additional special offers and discounts to make every day you spend surrounded by our 18 impressive 4,000-metre peaks an unforgettable and uniquely affordable experience.
But the best part is: there is absolutely no risk involved for campaign participants, as you only pay if the target of 99,999 season ticket orders is reached.
"Alpine tourism is facing a challenge due to an imbalance of supply and demand. In many areas, the surplus of resorts means that costs can no longer be covered. Saas-Fee wants to solve the problem by introducing a revolutionary price concept", a spokeperson for Saas-Fee said.
"Our guests tend to stay for an average of four days" added Pascal Schär, head of Saas-Fee’s marketing department. "We want to make the price attractive for these customers. A four-day ski pass currently costs 259 francs; with the WinterCard Saas-Fee they can ski for less than that and, more importantly, for the whole winter". 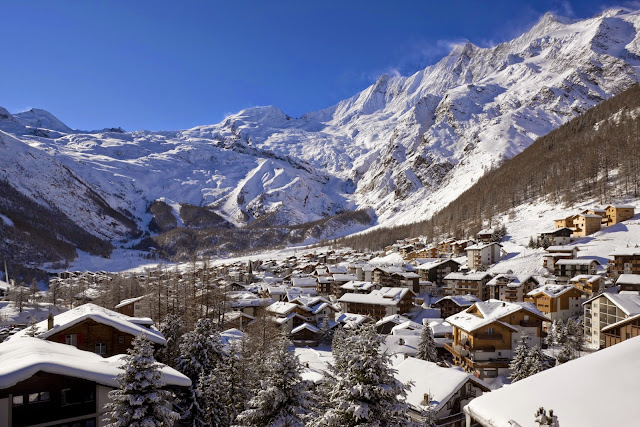 Saas-Fee is the main village in the Saastal, one of the most scenically beautiful and diverse valleys in the Valais and in the Alps. This car-free village lies on a high plateau 1800 metres above sea level, nestling amongst the icy dome of the Allalinhorn and the rocky group of the Mischabel chain. Their typical old Valais wooden houses create the perfect setting for winter holidays, deserving of its name “Pearl of the Alps”.
In 2012 the results of a questionnaire for "Best ski resort" with over 40‘000 guests were presented. Saas-Fee / Saastal was voted best Swiss ski Resort. Internationally it was even voted to second rank out of 55 top ski destinations in Austria, Germany, Italy, France and Switzerland. In terms of snow reliability, slope preparation and coziness, Saas-Fee/Saastal hit top status.
With more than 115 km of slopes, and 300 days of sun per year, the car-free village of Saas-Fee with one of the highest-altitude ski areas in Europe is the perfect winter sports destination.
Posted by Ski Paradise at 6:49 PM