Anna Fenninger Nominated as "Sportswoman of the Year“ 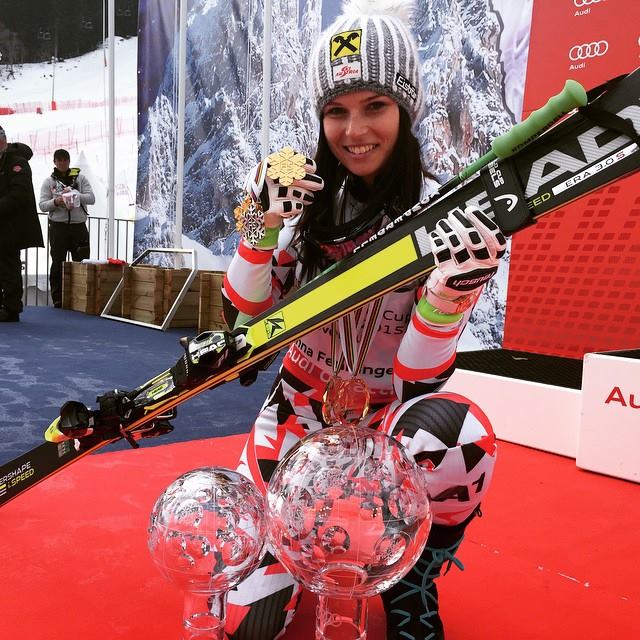 Alpine overall World Cup winner Anna Fenninger is one of ten nominees for the prestigious "Sportswoman of the Year" awards which will be given away on the 20th of October in New York by the Woman’s Sports Foundation.
The other nominees are tennis player Serena Williams, snowboarder Kelly Clark, freestyle skier Hannah Kearney, figure skater Elizaveta Tuktamysheva, luge rider Natalie Geisenberger, Paralympic Swimmer Jessica Long, Golf Player Inbee Park, and Para Track and Field Tatyana McFadden.

Fans can vote for their favourite here.

Posted by Ski Paradise at 10:46 AM No comments:

The International Olympic Committee (IOC) today named Lausanne, Switzerland, as the host city of the 3rd Winter Youth Olympic Games in 2020.
Lausanne, home to the IOC headquarters since 1915 and known as the Olympic Capital, was chosen over Brasov, Romania, during a vote at the 128th IOC Session in Kuala Lumpur, with 71 votes to Brasov’s 10.
In line with Olympic Agenda 2020, the IOC’s strategic roadmap for the future of the Olympic Movement, approved last December, the Evaluation Commission for the Winter Youth Olympic Games 2020 focused its assessment of the two Candidate Cities for the first time on the key opportunities and risks associated with both bids and a focus on the athletes’ experience. The Commission, chaired by IOC Member in China Yang Yang, noted that both Lausanne and Brasov were capable of organising the Games. Lausanne was praised in particular for its good use of existing, temporary and demountable venues, in line with Olympic Agenda 2020 sustainability reforms.

Posted by Ski Paradise at 5:05 PM No comments: