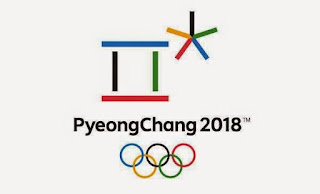 The following events were added to the 2018 Olympic programme: curling mixed doubles (M&W); speed skating mass start (M/W); Alpine skiing nations team event (M&W); and snowboard big air (M/W).
The changes reflect the continued evolution of the Winter Olympic programme and build on the success of recent editions of the Games. They also build on the reforms outlined in Olympic Agenda 2020 which aim to create more flexibility in the programme of the Olympic Games.
Olympic Agenda 2020 has created a new framework of considerations, including the introduction of a recommended cap of approximately 2,900 athletes and 100 events for the Olympic Winter Games. While providing a sustainable model for the hosting and organisation of the Games, this framework also limits the ability of the IOC to support all new event proposals put forward by International Federations (IFs).
Requests for changes to the programme were received from the IFs and considered according to the following criteria: added value; youth appeal; attractiveness for TV, media and the general public; gender equality; minimum impact on the number of events and/or quotas; and infrastructure and operational cost and complexity.
The IFs and the Organising Committee for the Olympic Winter Games PyeongChang 2018 were consulted throughout the review process and their feedback was taken into account.
The EB decided to remove the snowboard parallel slalom (M/W) allowing for snowboard big air to enter the programme, in agreement with the International Ski Federation (FIS).
The new programme will allow for a record number of female events, a record number of mixed events, a record number of female athletes, and a projected increase in the overall female participation rates at the Olympic Winter Games, reflecting the implementation of Olympic Agenda 2020.
The PyeongChang 2018 event programme review was based on IF requests that were made to the IOC prior to the approval of Olympic Agenda 2020. This review must therefore be seen as a transition rather than a full implementation of Olympic Agenda 2020 reforms, which will be in place for the review of the programme of the 2022 Olympic Winter Games.

The PyeongChang 2018 Games, which will take place from 9-25 February 2018, will be the third to be staged in Asia, and the first ever in the Republic of Korea, following Nagano (JPN) in 1998 and Sapporo (JPN) in 1972.The PyeongChang 2018 Organising Committee’s (POCOG’s) ‘New Horizons’ vision aims to expand winter sports in Asia and transform the local Gangwon province into a new winter sports and tourism destination.From a logistical point of view, the concept for the 2018 Winter Games is one of the most compact ever seen.The vision for PyeongChang is based on a compact geographical area, split between a coastal and a mountain cluster.The coastal cluster, centred around the town of Gangneung on the Republic of Korea’s eastern seaboard, will provide the setting for the events on ice (speed skating, figure skating, short track, ice hockey and curling), with the main Olympic Village complex and mountain cluster (comprising the skiing and snowboarding courses and thebobsleigh, luge and skeleton track) located only a 30 minute car journey away.
Posted by Ski Paradise at 10:40 PM No comments:

Almaty and Beijing Showcase their 2022 Olympic Bids to IOC 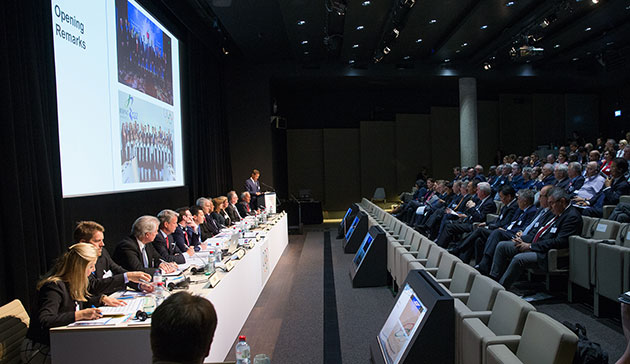 Almaty (Kazakhstan) and Beijing (China), the two Candidate Cities bidding to host the Olympic Winter Games in 2022, today officially presented their candidatures to the members of the International Olympic Committee (IOC) and the Presidents and Secretaries General of the International Olympic Winter Sports Federations gathered at The Olympic Museum in Lausanne.(*)
Both Cities presented during 45 minutes before taking questions from the floor.
Candidate City Briefings were introduced back in 2009 to give cities the possibility to present their Olympic projects to the IOC membership a few weeks before their final presentations to the IOC Session.
Commenting on the morning session, IOC President Thomas Bach said "It was really impressive to see how both Cities had embraced the reforms of Olympic Agenda 2020 just six months after the recommendations were unanimously approved by the IOC (...) You could see a clear focus in both bids on sustainability and affordability. Both presented very well balanced budgets, and both clearly demonstrated what they wanted to achieve, following Olympic Agenda 2020, by building their proposals into the long-term development plans of their city, region and country".

The representatives were in Lausanne to attend the 2022 Candidate Cities Briefing. For the first time in the bidding process and as part of the implementation of Olympic Agenda 2020, the Evaluation Commission took questions from the leading Olympic stakeholders following the presentations by the two cities.
IOC Members and representatives of the International Federations used the opportunity to engage in a very productive dialogue with the Evaluation Commission, with a range of questions posed by participants.
The Commission visited both Candidate Cities earlier this year and last week released its report. During the meeting, IOC Members praised the quality of the report, which clearly highlighted the opportunities and challenges associated with hosting the Olympic Winter Games in 2022 in both Candidate Cities.
Commenting on the afternoon session, IOC President Thomas Bach said: "We experienced another innovation this afternoon by hosting a meeting between IOC Members, representatives of the Winter IFs and the 2022 Evaluation Commission".
"We had excellent talks and good exchanges, with over 20 questions from the floor. This shows that we are on the right track in improving the bidding process, which is already open and transparent. Today we gave a new dimension to the dialogue between IOC Members and Candidate Cities. It is a successful day for Candidate Cities, Olympic Agenda 2020 and the IOC", he concluded.
The IOC Evaluation Commission for the Olympic Winter Games 2022, chaired by IOC Member in Russia Alexander Zhukov, is due to report to IOC members and the Presidents and Secretaries General of the International Olympic Winter Federations this afternoon. It is the first time that the Evaluation Commission will report in such a forum and answer question from the audience. This follows one of the recommendations of Olympic Agenda relating to the bidding process.
The IOC has already informed the Candidate Cities that the 2022 host city can anticipate a contribution from the IOC to the success of the Games of an overall estimated value of USD 880 million.
The host city for the Olympic Winter Games 2022 will be elected at the 128th IOC Session in Kuala Lumpur following a final presentation by the cities to the full IOC membership on 31 July.
Posted by Ski Paradise at 11:47 AM No comments: