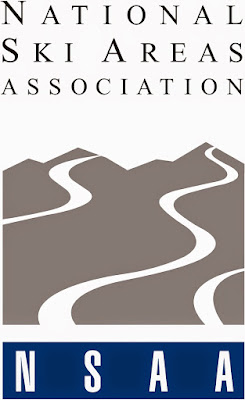 The National Ski Areas Association (NSAA) announced today that U.S. ski areas tallied an estimated 53.6 million skier and snowboarder visits during the 2014-15 season— down 5 percent from last season’s 56.5 million total, and down 3.8 percent from the 5-year industry average of 55.7 million skier visits. The annual skier visit tally, an important industry metric, was released today at the NSAA Convention and Tradeshow in San Francisco, California.
Despite a stronger economy, weather challenges across all regions of the country contributed to this drop in skier visits. Nationally, snowfall was 28 percent below average this season—particularly on the West Coast—and especially frigid temperatures in the Midwest and the East, along with sizeable snow storms in the Northeast, impacted the ability of skiers and snowboarders to even get to many ski areas.
"The good news is that despite the vagaries of Mother Nature, ski areas have adapted and responded with dramatic expansions and investments in energy-efficient snowmaking", said Michael Berry, president of NSAA. "Even in a season where snowfall is off, our guests still get an incredible skiing or riding experience".
NSAA’s survey results also contained some particularly positive news. For example, the results from the critical Rocky Mountain region were well above the region’s 5-year average. Similarly, both the Northeast Region and the Southeast Region also had seasons that surpassed their 5-year averages. While the three regions were each just slightly below last season’s skier visits, both the Rocky Mountain region (where Colorado set an all-time record for skier visits last year), and New England (which had a very strong season in 2013-14) performed well despite weather challenges.
NSAA’s survey results also showed strong growth in season pass sales, which were up 6.2 percent from the previous season—an important indicator in the public’s demand for skiing and snowboarding. Furthermore, international visits continued to grow, with double-digit growth over the previous season. This was especially encouraging, because this growth occurred against the backdrop of a strong dollar, which often translates into fewer international visits. In 2014-15, international visits accounted for 6 percent of all skier visits to American ski areas, up from 5.6 percent last season.
This season, the Northeast region was barely off last season’s strong skier visits numbers by 0.8 percent, and the Southeast region was also down slightly by 1.4 percent. The Rocky Mountain region was down slightly from last season by 2.1 percent. The Midwest region, which suffered from brutal cold spells, dropped 9.3 percent from last season. The Pacific Southwest was down 6.4 percent, and the Pacific Northwest fell by 36.3 percent over the previous season, declines driven largely by weather.
In the 24 seasons of available NSAA’s Kottke End of Season Survey data (1991-92 to 2014-15), this season is estimated to have had the lowest snowfall on record for half the country (the Pacific Southwest, Pacific Northwest, and Rocky Mountain regions), and the second-lowest snowfall overall in the past quarter-century. By contrast, snowfall was slightly above average in the Northeast and Southeast regions.
From a long-term view, while 2014-15 was challenging for the Pacific Southwest and Pacific Northwest, other regions had relatively average, or above-average, seasons. The Rocky Mountain region enjoyed its sixth-best season on record, whereas the Southeast region had its 10th best season in the last quarter century.
Placed in context, 2014-15 skier visits nationally were up 5.1 percent from a recent low of 51 million visits in 2011-12, and down 11.5 percent from the industry’s record high of 60.5 million visits from the 2010-11 season.

The National Ski Areas Association (NSAA), headquartered in Lakewood, Colorado, is the trade association for ski area owners and operators. Formed in 1962, NSAA today represents 332 alpine resorts that account for more than 90 percent of the skier/snowboarder visits nationwide. Additionally, it has more than 400 supplier members who provide equipment, goods, and services to the mountain resort industry.
Posted by Ski Paradise at 11:26 PM No comments:

Supertramp To Kick Off the 2015-2016 Skiing Season in Ischgl 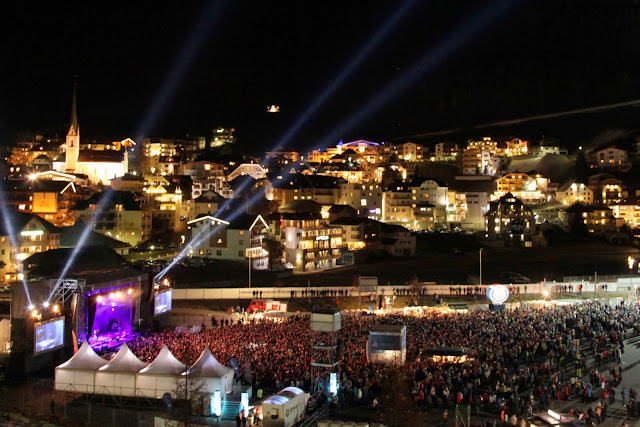 This has never been seen before: Ischgl revealed the band for the opening of the new winter season to winter sports fans already at the season finale Supertramp will be playing on 28 November 2015 on the famous show stage in Ischgl. As one of the most successful bands in music history, they have written songs known to virtually everyone: "The Logical Song", "Bloody Well Right" or "Dreamer" are worldwide hits and can be heard live at the season opening in Ischgl. 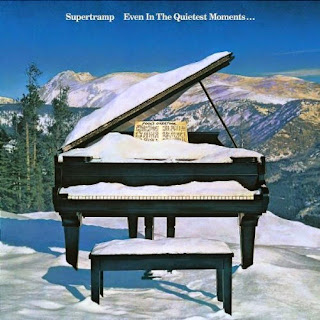 Ischgl (1377m) is a truly Ski Paradise in Tirol (Austria) with 238 km of prepared pistes, 43 lifts and lots of interesting new features in the ski resort. The modern lifts managed by the Silvretta Seilbahn AG Company offer a high level of comfort and countless extras, such as heated seats in the Fimbabahn cable car built for the 2007/08 season. A variety of slopes and ski routes offer a opportunity for everyone, from beginners to experts looking for challenging pistes. Eleven is the name of the longest piste with approximately 11 kilometres from the top of the ski resort in Greitspitz (2,872 metres) to Ischgl village (1,400 metres).
From Ischgl you can access to the Silvretta Arena Ski Paradise, thanks to an alliance between two Companies (Silvretta Seilbahn AG and Bergbahnen Sammaun AG) and two ski resorts (Ischgl-Sammaun) from two different countries (Switzerland-Austria).
Posted by Ski Paradise at 4:09 PM No comments: