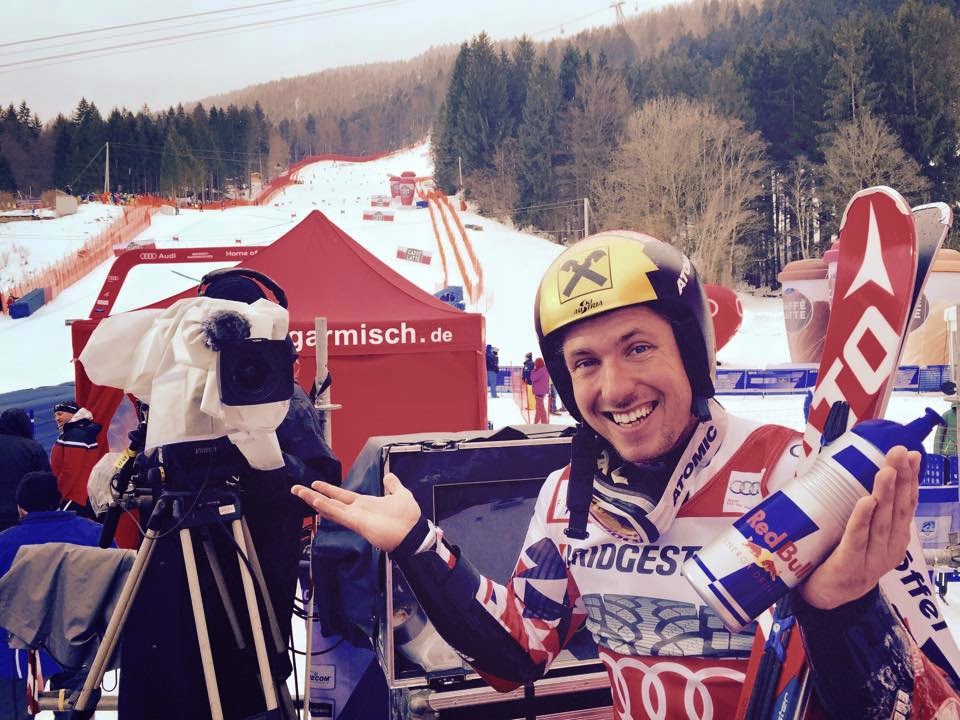 Marcel Hirscher’s runs was all anyone could talk about after Sunday’s giant slalom race on the Kandahar. After dominating the first run and clocking a time 1.99 seconds faster than everyone else’s, Hirscher was far from done for the day. He entered the second run as if the massive gap didn’t exist, attacking every turn of the rutty course and won his 30th World Cup race with a massive 3.28 seconds advantage.

"I tried my best", was Hirscher’s explanation. "There’s no conclusion as to why it worked that good today. I always give my best but I think today the conditions and the course setting worked pretty well for my setup and my style of skiing. Everything worked amazing. It is just unbelievable (...) I risked everything, but there were other races where I felt much better", he tried to explain how he managed to win with such a big margin.
The 3.28 seconds margin turned out to be the third biggest in World Cup history, the first two belonging to the legendary Ingemar Stenmark.
"I did nothing special today", added Hirscher. "It’s really unbelievable because I just skied. I think it’s just that in each turn I caught up two or three hundredths of a second. In general, if you do this in every turn, it makes for a big gap. I think this is the reason for today’s amazing victory".
Benjamin Raich celebrated his 37th birthday on Saturday and today’s result was as perfect of a birthday present he could have wished for.
Rounding up the podium was local favorite Felix Neureuther who seems to be enjoying waking up in his own bed and racing on the hill he grew up skiing at.
"It’s always something special to be on the podium in front of the home crowd. For me, GS is a little bit different than slalom so I am very happy with my skiing and with the second place".
When asked to try and explain what Hirscher did do differently today, Neureuther tried to offer an explanation.
"Marcel of course is in a different league. He’s skiing good. He’s skiing really good", he said. "Marcel is not the tallest guy so of course when conditions and course set are like today’s, he has a lot of strength in his legs and can turn the skis as fast as nobody else".
Similarly, Ted Ligety said Hirscher’s skiing was "really impressive. First run was like skiing in one of those kiddie ball rooms where you jump into the pit. You have no ability to get anything out of the turn. (Hirscher) was the only one able to get anything out of the turn".
Posted by Ski Paradise at 5:04 PM