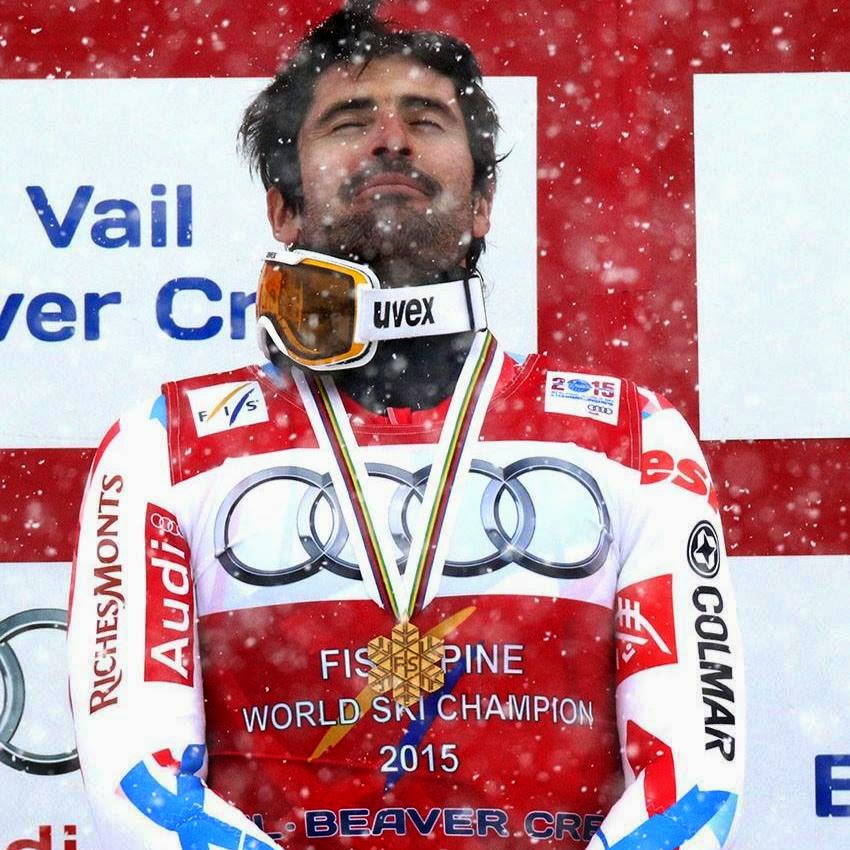 The last race of the FIS Alpine World Ski Championship on Sunday had a thrilling scenario in store. None of the four fastest racers after the opening slalom run managed to hold on to their positions and saw France's Jean-Baptiste Grange claim the World title.
Defending Champion Marcel Hirscher put himself in the position to collect another medal after posting the fastest time in the first run leading Russia's Alexander Khoroshilov by 0.28 seconds, Sweden's Andre Myhrer by 0.66 seconds and another Swede Mattias Hargin by 0.85 seconds.
Jean-Babptise Grange, who was fifth after the first run, 0.88 seconds out, delivered a moment of magic coming down the course and recording the fastest time of the second run. Khoroshilov, Myhere and Hargin all failed to match Grange's time, while Hirscher didn't finish. The overall World Cup leader lost control and straddled a gate after the third split.
Grange captured his second career World title in a combined time of 1:57.47. Rounding out the podium finally was Germany's duo Fritz Dopfer (+0.35) and Felix Neureuther (+0.55) earning respectively silver and bronze.
30-year-old Grange already won gold at the Garmisch-Partenkirchen World Championships in 2011, while his last World Cup podium dated back to February 2011.
"I really didn't expect it considering I wasn't in the top 20 in last World Cup slalom races", commented Grange. "It is a wonderful gift for all the efforts over the last four years, after many injuries, bad bib numbers and no confidence sometimes (...) At big events, there is always a lot of stress and pressure. And the feeling isn't always good, but you have to believe in you. I don't know but I guess today was my day. It's just a dream".
After a disappointing result in the giant slalom on Friday, Fritz Dopfer put everything on the line to finally claim is first medal at World Championships.
"After the first run I was confident that I could ski well, the feeling was good", Dopfer told reporters. "The second run was more difficult because it was straighter and the speed was higher. I tried to push myself to the limit. I am glad I handled it and very happy to stand on the podium".
Felix Neureuther, who finished second in the slalom at the 2013 World Championships, managed to take home his second medal, after just missing out the podium in the giant slalom race on Friday.
"It was the same situation as in the giant slalom, where I was sitting in third before Marcel came down and won the silver medal, pushing me out of the podium", explained Neureuther. "I was sure I would end fourth again today. Luckily it things happened differently and the medal today makes me really happy".
Posted by Ski Paradise at 2:31 PM