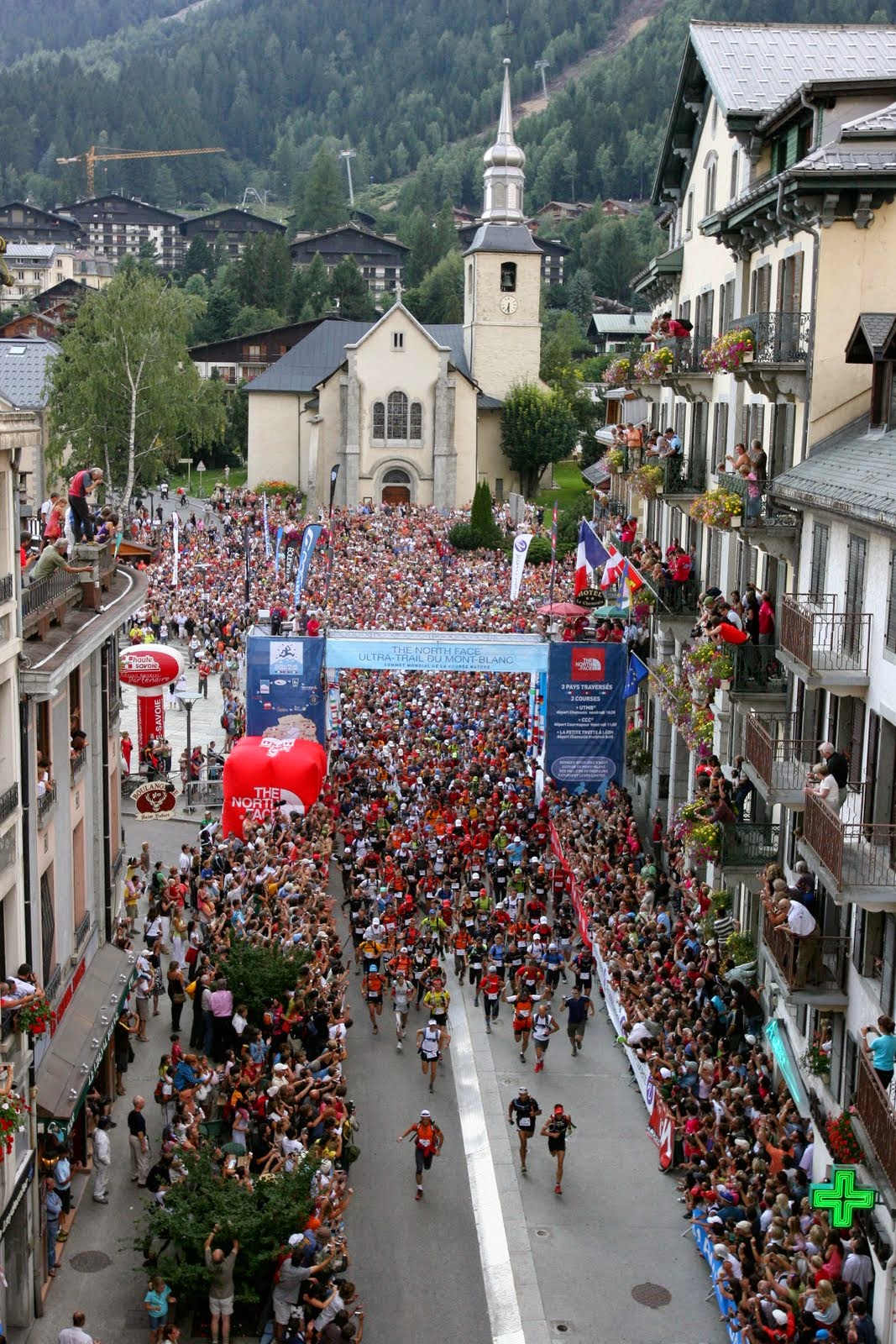 For this, the twelfth year, 7500 runners will take the starting line of one of the The North Face Ultra-Trail du Mont-Blanc races.

On Friday 29 August 2014, at 17:30 hours a new edition of the North Face Ultra-Trail du Mont-Blanc will start in the Place du Triangle de l’Amitiét in the centre of Chamonix.

The Ultra-Trail du Mont Blanc is one of the greatest European Mountain Trail Races. The international race takes place in one of the most incredible landscapes on the world. A breathtaking scenery of seven valleys, 71 glaciers and 400 summits like the Mont Blanc, the Dent du Géant and the rock face of the Grandes Jorasses. The athletes cover a distance of 168 km and 9,600 of positive altitude change along the famous GR TMB, within 46 hours, at an altitude ranging between 1012 m and 2537 m., crossing six passes over 2000 metres high. They will pass through 3 countries: France, Italy and Switzerland. The sporting and human achievement is remarkable: 168 km is the distance between Paris and Auxerre by the motorway; it is also the distance of four marathons back to back. The positive height gain is equivalent to twice the ascension of Everest from base camp.

Created in 2006, it has become as popular as its big sister. The CCC is considered by many runners to be "the little one" nevertheless it too, constitutes one of the most difficult challenges in ultra - trail.
A semi-tour of Mont-Blanc, starting from Courmayeur with 101km, 6,100 metres of positive height gain and in semi-autonomy.
Starting in the centre of Courmayeur Friday August 29th 2014 at 9:00.
Sur les Traces des Ducs de Savoie (TDS)

Wilder and more technical than the UTMB and the CCC, in the heart of the Aosta valley and the two Savoie, this demanding race offers a new vision of the tour of Mont Blanc and the Beaufortain country. The route will allow the discovery of the col de la Youlaz (2,661m) above Courmayeur, the "passage du Curé" or the sublime view of the massif of Mont Blanc from the col de la Gitte in the heart of Beaufortain.
A semi-tour of Mont-Blanc starting from Courmayeur with 119km, 7,250 metres of positive height gain and in semi-autonomy.
Starting from the centre of Courmayeur on Wednesday August 27th 2014 at 07:00.
La Petite Trotte à Léon (PTL)

A hallucinatory and non competitive event! A "grand" tour of Mont Blanc adding high passes, often higher than 2,500 metres and with some delicate passages. If you like solitude, solidarity and total adventure, that is the reason for trying it once.
A New Race: Orsières-Champex-Chamonix (OCC)


The new race launched for 2014 has seen a true success and necessitated a draw as the organisation received 2,443 registration requests for the 1,000 available places.
The race will start from Orsières located southwest of the canton in the Val d’Entremont. This valley offers unique landscapes: ultimate peaks on the eastern flanks of the Mont Blanc drawing the franco-swiss frontier, hanging glaciers on polished rocks, fiery torrents… The layout of the OCC goes through that nature, in a charming atmosphere before reaching Champex and the last part just as magical at the UTMB® or the CCC®.
Starting from Orsières on Thursday August 28th 2014 at 8:00.
This event is the outcome of a long life dream and a passion for Ultra-Trail®, shared by an increasing number of runners from the whole world. Its realization is possible thanks to the friendship that links the population of the French, Italian and Swiss municipalities of the pays du Mont-Blanc.