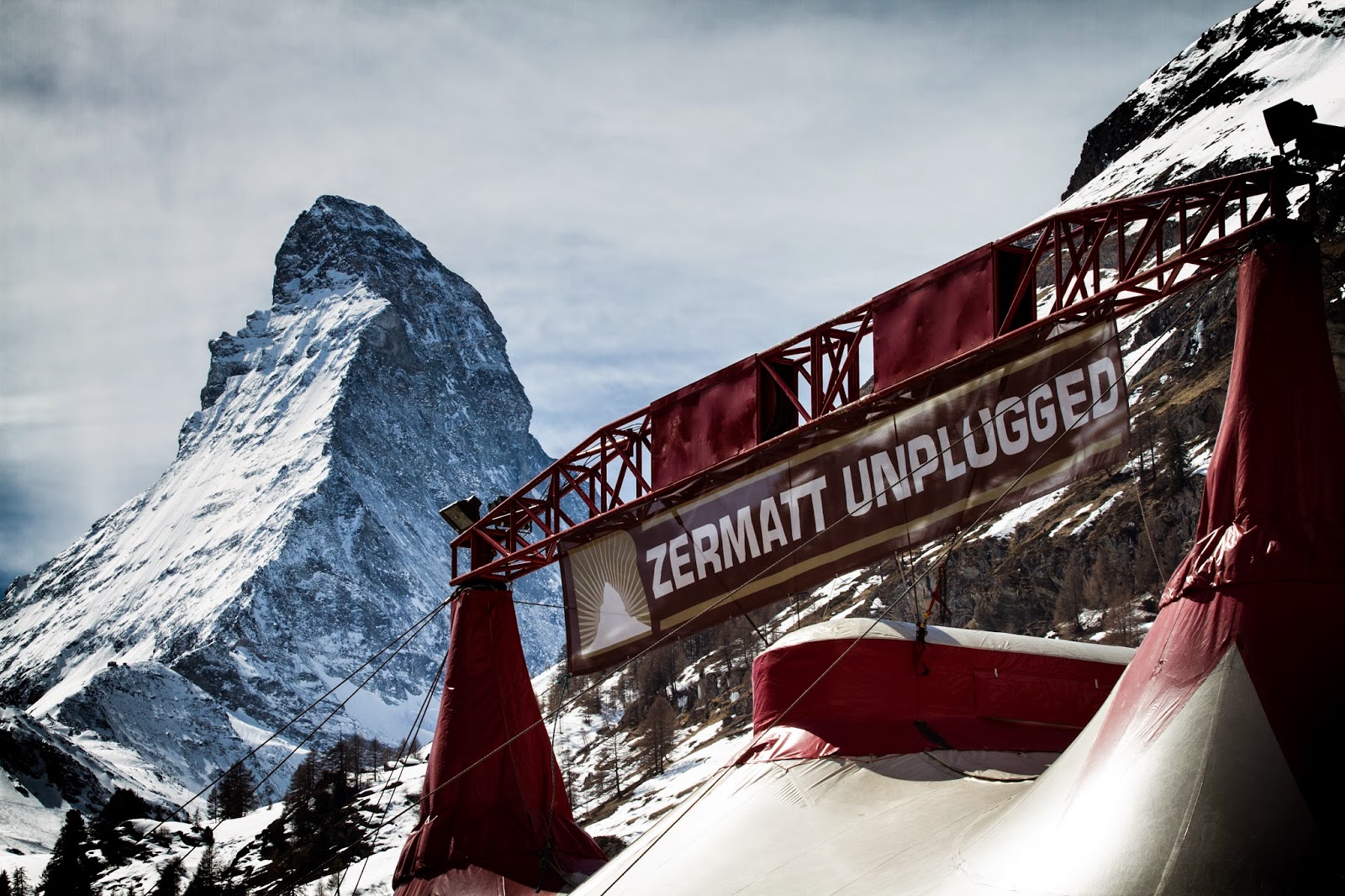 The annual Zermatt Unplugged Festival comes around again for the 7th edition from the 8th – 12th April 2014. With the magnificent background of Zermatt's mountain scenery and amongst spring snow, international superstars and newcomers will be rocking the Matterhorn village on 4 festival stages over a period of four days.

Founded in 2007 by Thomas Sterchi and Marco Godat as a singer and songwriter festival, Zermatt Unplugged has increasingly developed into a meeting point for fans of unadulterated sounds. Musicians and bands such as Suzanne Vega, Chris de Burgh, Alanis Morissette, Billy Idol, Lionel Richie, Jason Mraz, Stephan Eicher, OneRepublic or Mando Diao have been inspired by the Unplugged idea, and have performed on the Marquee and Club stages of the festival.
Zermatt Unplugged is the only festival of its kind in Europe, and is promoted by some of the major organisers in the Swiss festival scene: Urs Leierer (Blue Balls Festival), Anni Frid Princess Reuss, the A from ABBA, and the musician and concept artist Dieter Meier (Yello). Claude Nobs (Montreux Jazz Festival) who passed away in January 2013 and Jon Lord, the trendsetting Hammond organ player and jount founder of Deep Purple,who passed away in 2012, were also members of the Patronage Committee.
Last February Zermatt Unplugged was pleased to announce that the 2014 programme is complete with the confirmation of James Arthur as a Main Act on 12th April 2014!

Tickets are available on www.starticket.ch and in all Starticket sales offices (Post, Manor and Coop City) and in the ZAP bookstores (Zermatt, Visp, Brig).