A glance back at Sochi 2014 Alpine Skiing Events

Rosa Khutor provided a spectacular backdrop for the 10 Alpine skiing events, which offered no shortage of thrills, and a number of Olympic firsts. 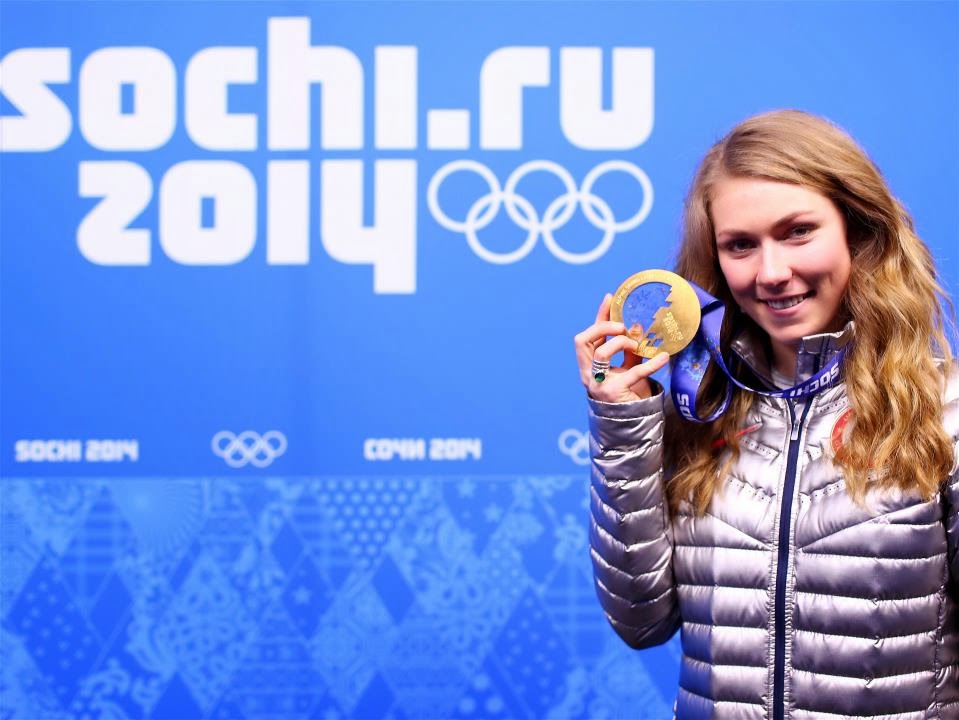 At 18 years and 345 days, Mikaela Shiffrin (USA) became the youngest ever woman to win an Alpine skiing gold.

Mikaela Shiffrin (USA) won gold, but even more than that she grabbed the mantle of skiing's next global superstar with both hands.
The 18-year-old settled her on-going battle with 32-year-old Marlies Schild (AUT) in superb style, pushing the long-time slalom queen into silver medal position. 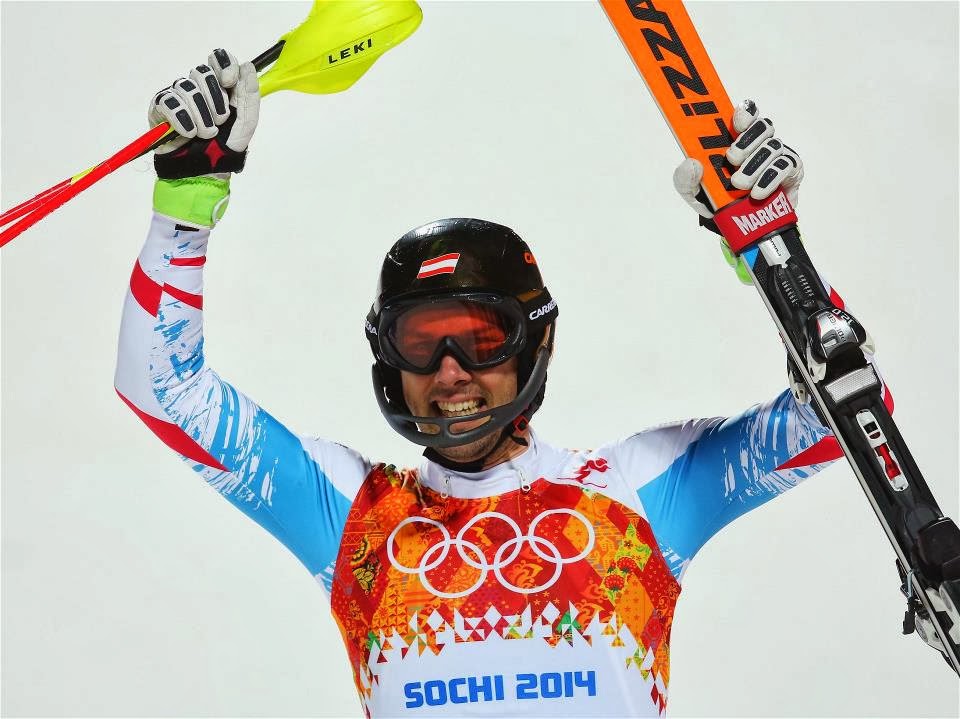 And 24 hours later, Mario Matt (AUT) became, at 34 years and 10 months, the oldest skier of either gender to win an Alpine event at the Winter Games.
Austrian veteran Mario Matt caused a sensation winning the men's slalom and taking his first Olympic medal at the age of 34 in front of favourite Marcel Hirscher.
Matt, a two-time slalom world champion, proved unbeatable over two runs, finishing with a combined time of 1min 41.84sec to close the alpine skiing competitions at the Sochi Games. 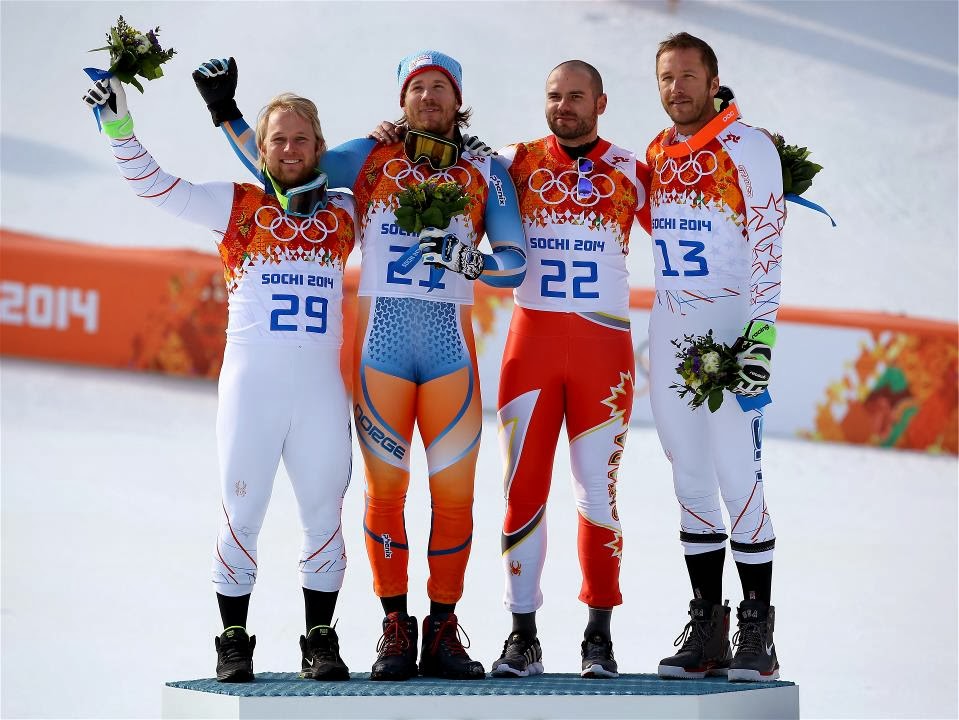 Earlier, 36-year-old Bode Miller became the oldest ever skier to feature on an Alpine podium at the Games, when he won bronze – his sixth Olympic medal in total – in the men’s super-G.

Bode Miller, the first USA skier to win medals at three different Olympic Games after taking bronze and the oldest Olympic alpine skiing medallist of all time, will grab many of the headlines but all four of the super G medallists on Sunday morning will be keeping the statisticians busy for days to come.
Miller's fellow countryman Andrew Weibrecht swapped medal places with his compatriot from the 2010 Games, winning the silver medal to add to his super G bronze from Vancouver four years ago. In the process the 28-year-old joined Miller in becoming only the fourth man to win multiple Olympic super G medals.
And still the records fell. Joint bronze medallist Jan Hudec (CAN) became the first Canadian skier to win an Olympic medal outside of the downhill and the first of his countrymen to win an Olympic alpine skiing medal for 20 years. 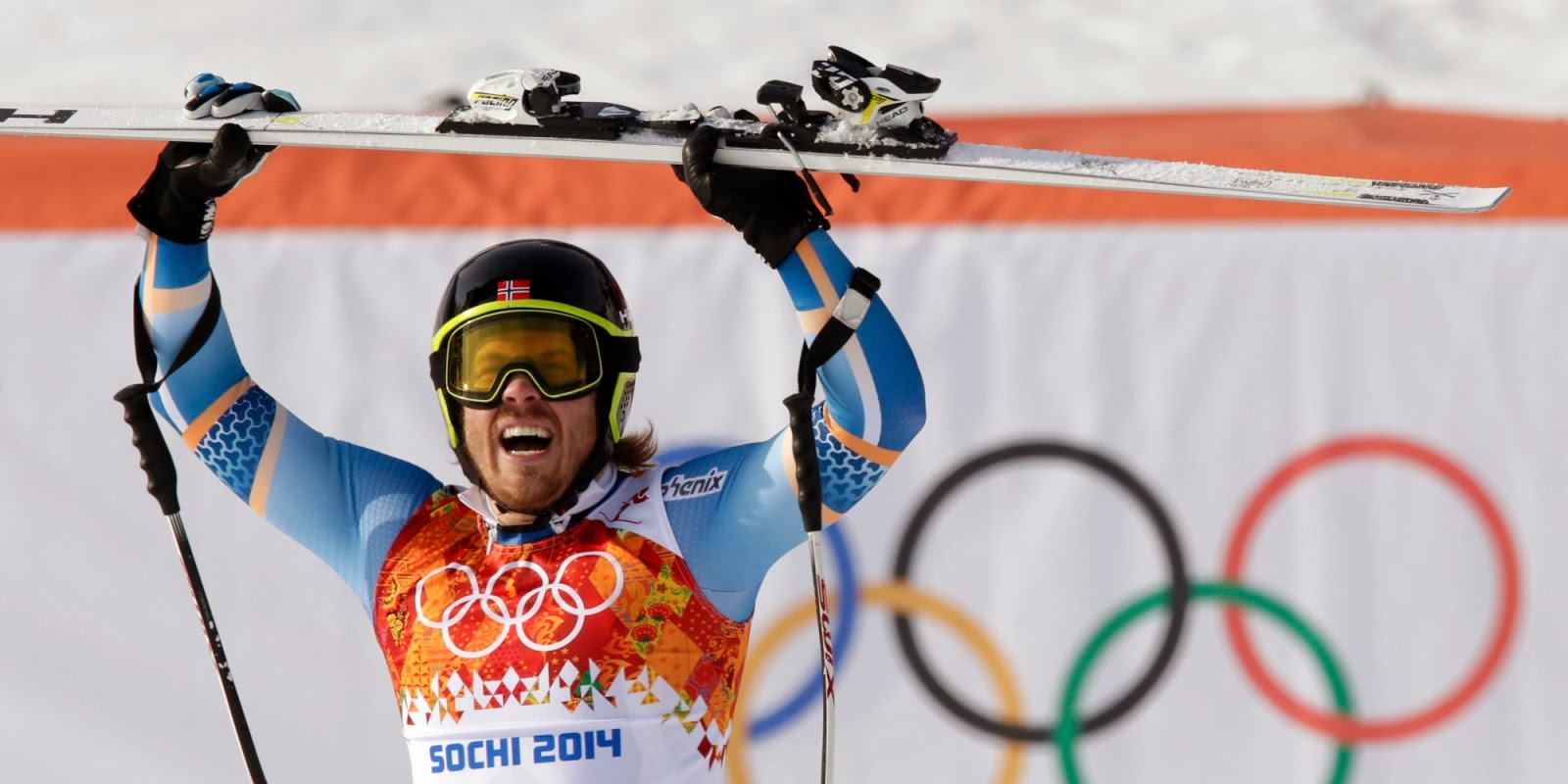 Kjetil Jansrud took gold to ensure that with defending champion and favourite Aksel Lund Svindal failing to shine, the title stayed in Norway, while Anna Fenninger (AUT) clinched gold in the women’s event.
Kjetil Jansrud (NOR) won Norway's fourth consecutive Olympic super G gold medal, completing his personal Olympic medal set, on a day in which records melted away even quicker than the snow at the Rosa Khutor Alpine Centre. 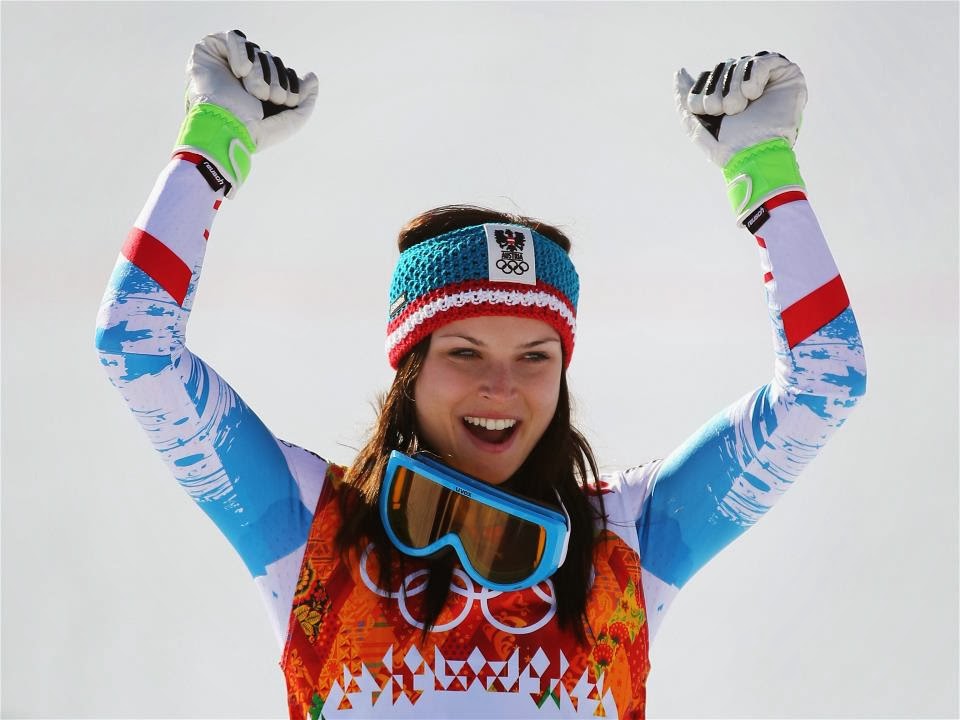 Anna Fenninger (AUT) took gold in the ladies super G on Saturday. The 24-year-old won Austria's fourth Olympic gold in the event, finishing ahead of Maria Hoefl-Riesch (GER) and teammate Nicole Hosp (AUT).
It was a first Olympic medal for Fenninger, the 2011 super combined champion, as she finished in 1 minute and 25.52 seconds. 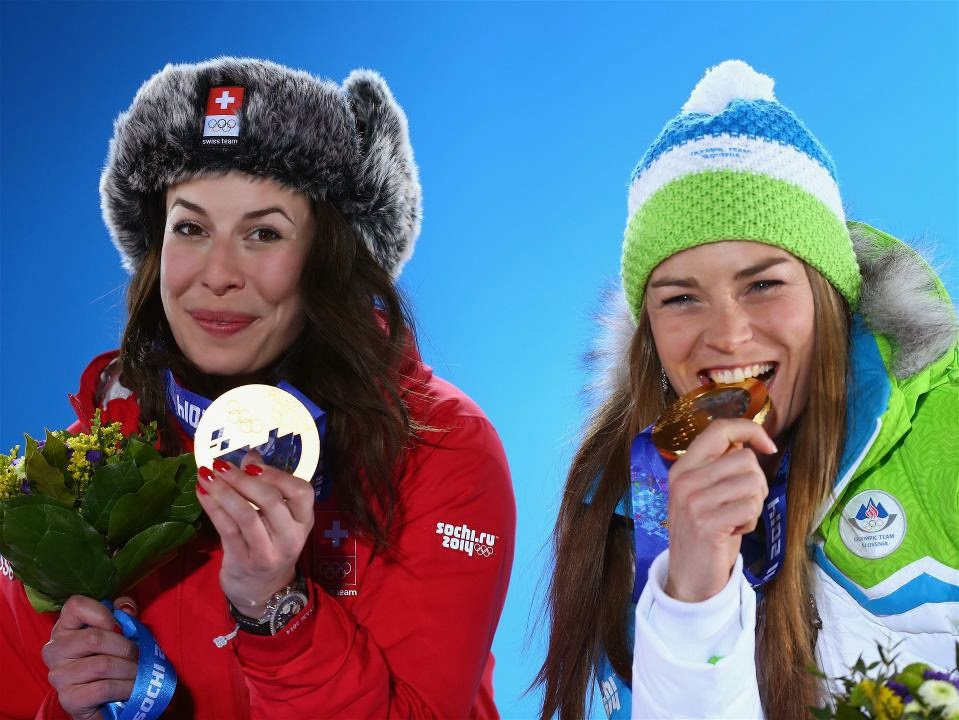 There were other firsts, too. Tina Maze (SLO) and Dominique Gisin (SUI) had made headlines by becoming the first Alpine skiers in history to share gold, having both clocked 1 minute 41.57 seconds in the women’s downhill.
Tina Maze (SLO) and Dominique Gisin (SUI) won the first double Olympic gold medals in alpine skiing in an extraordinary morning in the ladies downhill at the Sochi 2014 Olympic Winter Games.
After 2.713km of racing, the pair finished tied on 1 minute and 41.57 seconds to each claim gold. Gisin's highly fancied teammate Lara Gut (SUI) was just 0.10 seconds away from making it a three-way golden glow, taking bronze in 1:41.67.Maze then became the only Alpine skier to win two golds in Sochi, as she won the women’s giant. 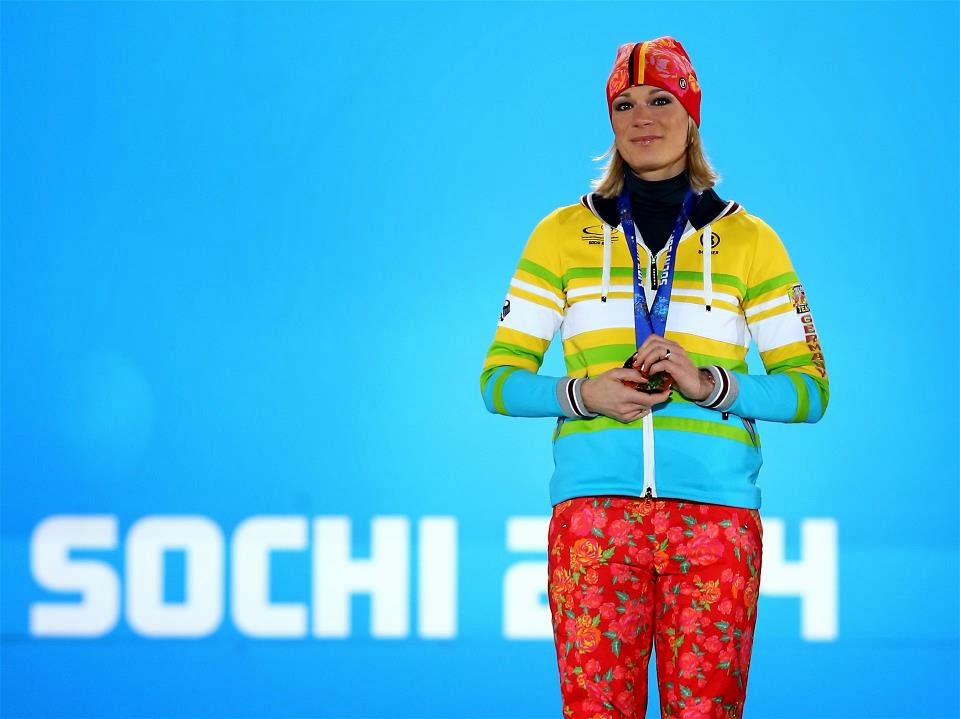 Maria Höfl-Riesch (GER) completed a successful defence of her super combined title, while in the men’s event Sandro Viletta (SUI) surprised all the favourites to take the gold.
In winning her second successive Olympic super combined gold medal, Maria Hoefl-Riesch (GER) confirmed her status as the most complete skier of her generation.
The 29-year-old has now won the past three major international super combined races, adding gold at Sochi 2014 to her Vancouver 2010 gold medal and her super combined world championship title in 2013. With a further Olympic gold medal in the slalom from the Vancouver 2010 Games and a slalom world championship gold in 2009, Hoefl-Riesch undeniably sits at the summit of the alpine world. 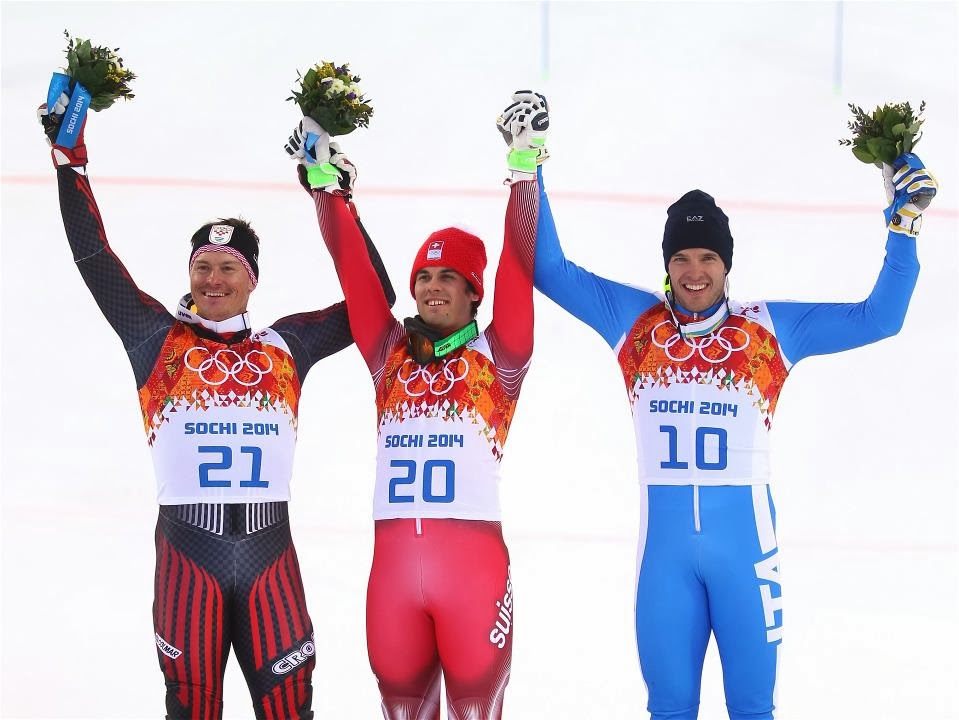 Sandro Viletta (SUI) stunned the field to take gold in the men's super combined, as Ivica Kostelic (CRO) the favourite after the downhill run, won his third consecutive silver medal in the Olympic super combined.
Just two days after Dominique Gisin (SUI) won a shock gold in the ladies downhill, Viletta defied the lack of a single world cup podium in the super combined to take the biggest prize of all. 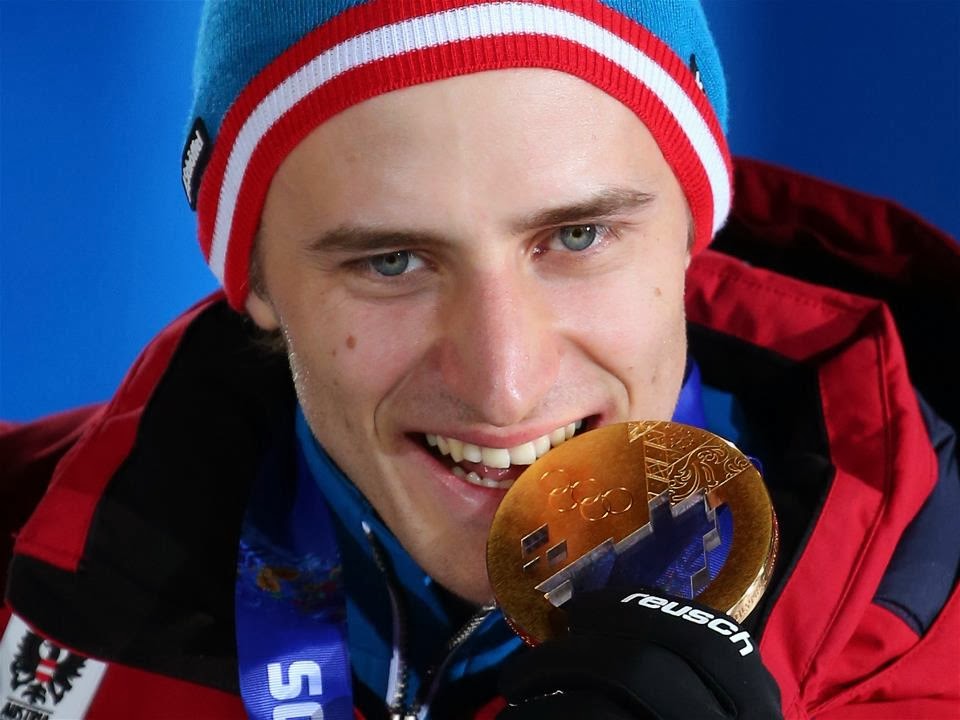 Matthias Mayer further contributed to a successful Alpine campaign for the Austrians, by landing the men’s downhill, while Ted Ligety (USA) showed just why he is the undisputed king of the giant slalom, adding Olympic gold to his world title.
Matthias Mayer (AUT) shrugged off the small matter of form, having not bettered fifth in a world cup downhill this season, and surged to gold in a thrilling, if unpredictable, race.
The 23-year-old Austrian finished 0.06 seconds ahead of Christof Innerhofer (ITA) with Kjetil Jansrud (NOR) snatching bronze. None of the three medallists have won a world cup downhill race in 2013/14. World Cup downhill leader Aksel Lund Svindal was fourth 0.29secs adrift. 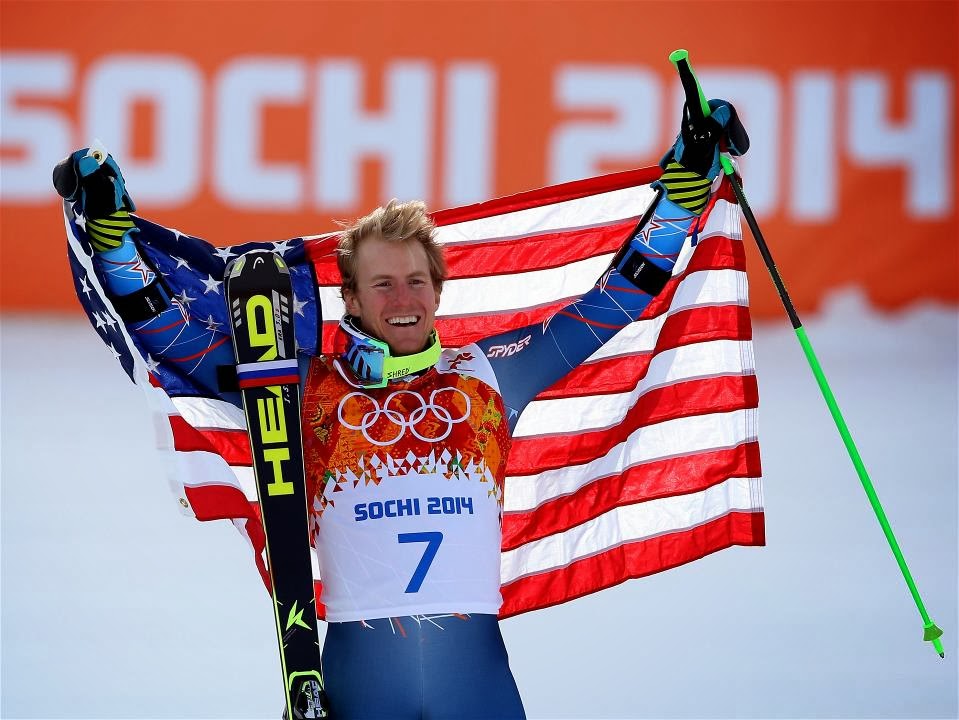 Ted Ligety (USA) confirmed his position as one of the greatest giant slalom skiers of all-time with a dominant display to win Olympic gold on Wednesday afternoon.
The 2011 and 2013 world champion finished in a combined time of 2 minutes and 45.29 seconds after the two runs, 0.48 seconds ahead of surprise silver medallist Steve Missillier (FRA).
Ligety's place in the history books of giant slalom skiing is rapidly taking shape. The 29-year-old has now won the last three major international giant slalom titles and is already third on the all-time list of giant slalom world cup winners.
Posted by Ski Paradise at 11:16 AM