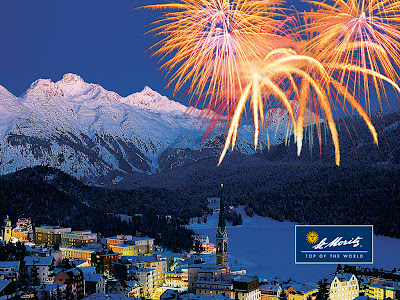 With the Audi FIS Alpine Ski World Cup returning to Europe for this weekend - the Men will be heading to Val d'Isère (FRA) for a technical weekend and the Ladies to St. Moritz (SUI) for Super G and Giant Slalom races - seven Ladies and five Men's FIS competitions have been staged, or just below 20%. Double Olympic champion Maria Riesch has put down a stellar start with five podiums and 7 out of 7 top ten finishes so far. She also recorded back-to-back downhill wins at Lake Louise for the first time in her career. In the overall rankings Riesch has built a lead of 169 points over Lindsey Vonn, the reigning overall champion, who has suffered from some inconsistency until now. Vonn did however clinch her first season win at Lake Louise super-G, her career first super-G win there. Behind the two dominators, the group of athletes fighting for the third spot is led by Viktoria Rebensburg (GER), Liz Görgl (AUT) who will be sidelined for a few weeks due to a knee injury sustained in Lake Louise and Julia Mancuso (USA), who has celebrated her best season start ever.
St. Moritz lies on the south side of the Alps, in the Engadine Valley. St Moritz is Switzerland's most famous exclusive winter resort: glitzy, expensive, and fashionable. Few ski destinations can claim even one five-star hotel, but this sunny Swiss lakeside resort boasts five, including the all-suites Carlton, located in Tsar Nicolai II’s former vacation house. St. Moritz Dorf in the hillside over the lake includes Via Serlas’s jet-set shooping "luxury mile", with boutiques like Emilio Pucci, Gucci, Chanel or jewelleries like Bucherer, Cartier or Chopard. St. Moritz Bad, at the lake’s foot, hides local gems among its shops, restaurants and hotels.
The valley offers nine ski areas accessed with a single ski pass. Several of them are connected by lifts; the rest are connected by bus. The Engadine Ski Paradise: St. Moritz-Corviglia, Corvatsch, Diavolezza are synonymous with breathtaking and unforgettable skiing experiences. 60 modern transportation facilities open up on 350 km of snow covered runs at altitudes from 1,800 to 3,300 metres above sea level of slopes in nine different skiing areas with 37 mountain restaurants.
Posted by Ski Paradise at 8:44 PM