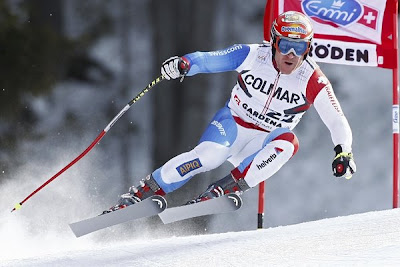 Next Friday Val Gardena-Gröden will host the Men's Audi FIS Alpine Ski World Cup. Following two training runs on Wednesday and Thursday is the highlight of the weekend with the Super-G on Friday and the classic Downhill on Saturday. Races will take place on the legendary Saslong slope. The Saslong turns into a racing course only for about a week in December. It is a popular slope for recreational skiers during the rest of the winter. Steep and fast, but also broad and clear is how the course has been adjusted to the demands of ever modern skiers over the years. But not infrequently has the Saslong been underestimated. The steep slope section on the upper part, the bumpy passage and icy turns on Ciaslat and the Finish schuss demand it all even from the most experienced of skiers.This year, the total number of registered national ski teams is 19 which is three fewer than last year. In addition to the traditional nations from the Alps, Scandinavia and Overseas, newcomers include Moldavia and Kazakhstan. The participating nations of the World Cup in Gardena-Gröden on December 17th and 18th 2010 include: Andorra, Austria, Belgium, Canada, Croatia, Czech Republic, France, Great Britain, Germany, Italy, Kazakhstan, Moldavia, Norway, Slovenia, Spain, Switzerland, Slovakia, Sweden and the USA.
The Val Gardena and the magnificent three villages of Ortisei, S. Cristina and Selva Gardena, surrounded by the scenario of the Dolomites, offer a paradise of opportunities for ski with 175 km of pistes, 85% of which has snowmaking cover, accessible by 83 lifts.The resort is lift linked to the Sella Ronda sector of the Dolomiti Superski pass. The Sella Ronda is probably the world’s third largest lift-linked ski area with over 500km of lift linked ski runs. The Dolomiti Superski pass is one of the world’s largest lift pass areas with over 1200km of maintained piste served by nearly 500 lifts on one ticket.
Posted by Ski Paradise at 5:38 PM