The Ski Racing Podcast · S3.E4. Solden Review
Posted by Ski Paradise at 11:08 AM No comments: 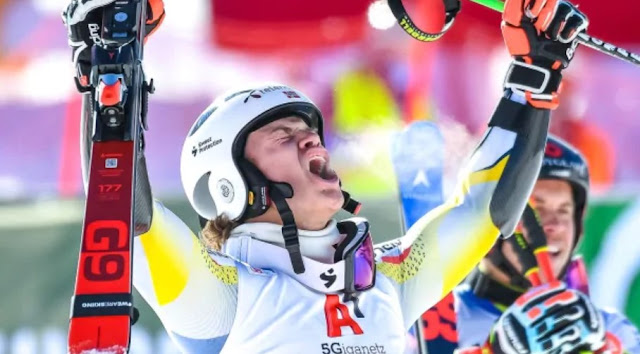 Posted by Ski Paradise at 4:47 PM No comments: 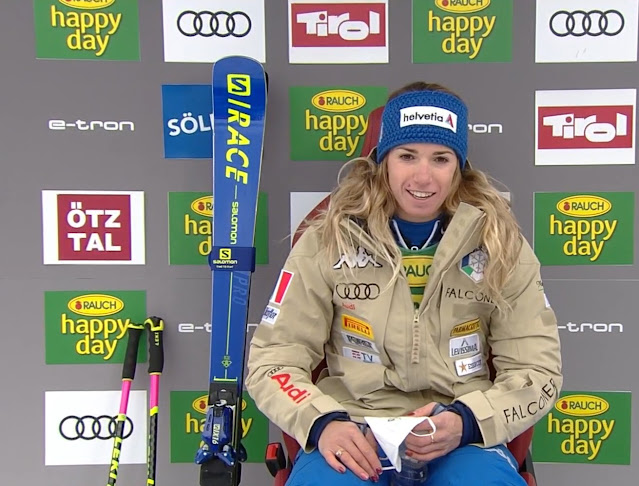 Marta Bassino (ITA) achieved today in the World cup women’s season opener in Soelden (AUT) her second career World Cup victory. Marta stood out above all in the first run where she was able to exploit her skiing fluidity on one of the most difficult racecourses of the whole Circuit.
Marta beat her teammate Federica Brignone (ITA) by 0.14 seconds. For Brignone, it is the fortieth podium in the World Cup and for Italy, it is the first double in Sölden.
Following the Italian duet was Petra Vlhova (SVK), the protagonist of a great comeback in the second run that allowed her to recover 7 positions and finally conquer her first career podium in Sölden.

Posted by Ski Paradise at 11:40 PM No comments:

The Alpine Ski World Cup Kicks Off Tomorrow in Sölden

Posted by Ski Paradise at 4:56 PM No comments:

The Alpine Ski World Cup Kicks Off Next Weekend in Sölden 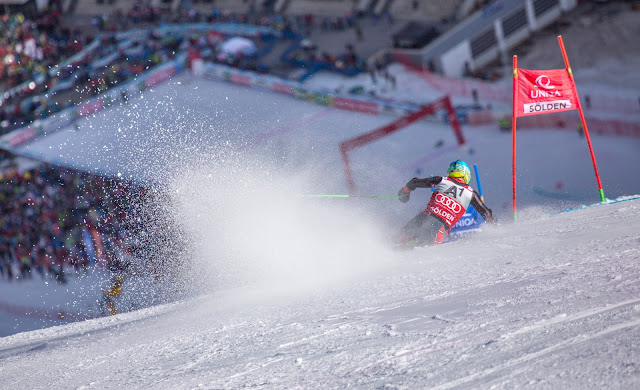 The upcoming Alpine Ski World Cup season will start earlier than planned.
The 2020-2021 Audi FIS Ski World Cup season is just around the corner. After 7 months of waiting, the Alpine Ski World Cup will be back next weekend. Sölden (Tirol, Austria) again will host the first FIS Ski World Cup Races of the season. As every year, the Women's Giant Slalom opens the new World Cup season.
Since the 2000/2001 season, the women's and men's ski world cup has traditionally been held on the Rettenbach Glacier in Sölden.
With the aim of creating the best possible safety precautions at the World Cup Opening event in Sölden, the Austrian Ski Federation and its Organizing Committee have applied for earlier scheduling of the World Cup Opening. After successful talks with the host broadcaster ORF and all media rights holders, coupled with the active support of Bergbahnen Sölden and Ötztal Tourismus, there was also approved for the project from the International Ski Association. The competitions as part of the AUDI FIS Alpine Ski World Cup Sölden will therefore be held on 17 and 18 October - one week earlier than originally planned.
By earlier scheduling of the Opening, it will be possible to use the entire Rettenbach Glacier area exclusively for the Alpine Ski World Cup competitions, to separate the participants, officials, and employees from tourists, and to arrange accommodation for the teams according to needs and official regulations. The ultimate aim for the organizer and his partners in Sölden is to ensure that everyone involved in the Alpine Ski World Cup has the best possible and safest conditions at the opening event.
According to the current situation, we assume that the races will be carried out without a large number of spectators as a precautionary measure with a view to optimum COVID-19 prevention. Further details about the FIS Alpine Ski World Cup Opening in Sölden and corresponding event guidelines to prevent the spread of the COVID-19 pandemic, will follow in the coming weeks.

Posted by Ski Paradise at 12:07 PM No comments:

The Ski Racing Podcast · S3.E2 Markus Waldner
Posted by Ski Paradise at 8:40 AM No comments:

1. Athlete qualification will occur at the third stop (instead of the fourth), making the Ordino Arcalís Andorra ‘crunch time’ for the athletes. The same numbers still go through as 2020 (best 2 results out of 3 events counts): 13 ski men, 6 ski women, 6 snowboard men, 4 snowboard women – totaling 29 riders.

2. Two runs in Austria. After a successful test last year with snowboard men, riders this year will get two runs in Fieberbrunn and keep their single best score.

3. The FWT Finals in Fieberbrunn and Verbier will be rolled out after the cut, where for the last two events, the points will be weighted 1.5. This means the winner will take 15,000 points, compared to 10,000 for the first three stops.

4. World Champions will now be crowned for their best three results out of five.
Posted by Ski Paradise at 5:02 PM No comments: